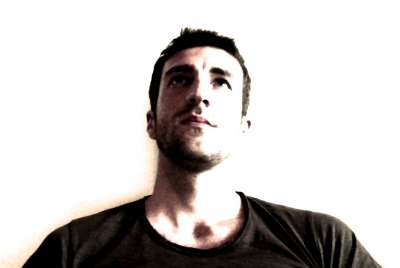 That's just me, putting together some new crazy ideas.

My name is Aldo Tripiciano, and I have been a software developer since 1992.

I was just 9 years old back then, but that's when I started messing around with my uncle's C64 and writing simple QBASIC routines.

Lots of stuff happened since then - but to get straight to the point, let me tell you a short story.

In 2006 I graduated in IT at the University of Rome - Tor Vergata. Back then, I was already an experienced web developer, and my master's thesis consisted in the creation of a custom CMS - that I called Castalia.

At the end of the presentation, the former Chief of the University's IT Department, approached me. With low voice, he said: "would you want to continue with the development of this thing, Castalia, in our university? I could make your university path very... veeery interesting!" (did that mean "easy"?).

"Thanks. I'll think about it" - I said. After all, back then, I was a very young man in a rush for his economical independence. I kept developing Castalia and even used it for a couple of production projects; then I decided that I had no chance to enter a market that was owned by giants (Drupal and Wordpress alike), and slowly gave up.
Castalia was put in the drawer, submerged under more contingent things - and finally, forgotten in favor of the giants.

My career has since then grown a lot, both as a consultant and as an entrepeneur. I got to work for some of the World's biggest institutions such as the United Nations and the European Commission (full story in my LinkedIn profile!), leading important projects such as the European External Action Service website.

While my experience with very popular CMSs based on PHP/MySql kept growing, once in a while  I kept asking myself two questions.

1. Question: what if I continued developing Castalia 10 years ago, instead of constantly running after consultancy works and money?

2. Question: why I keep using those LIMITED and OLD CMSs, when I could still do something better?

I had never been brave enough to try and stand out of the crowd, I thought I had no chance, and at the same time I knew, I knew, I always knew... that the CMSs I kept using at my daily job were utterly old.

Old in terms of architecture, resources, maintainance, everything.
And most importantly, they were boring, so tremendously boring to use, if not even anti-ecological: eating a server's resources, means using more electricity, and adding to world's pollution!

All of a sudden, in 2014, I started the development of Quanta. It all began as an exercise to keep my brain alive, and started really small, with a much simpler data model than the current one.
I started using Quanta give away free websites to my friends and family members, who would at the same time give me feedbacks, and help me improving it.

At some point, in 2017, I woke up and I realized Quanta had grown bigger. Much bigger.

I had so much fun creating applications with Quanta, that I didn't even consider other CMSs anymore for my side jobs. I simply could do everything with Quanta.

My memories went to Castalia; "am I again creating something great, that nobody will ever know about?"

And... "what if that's just me, having fun like a kid with the toy I created myself?".

That was the moment I decided to show Quanta to a friend of mine, Dario, a very experienced [very popular undisclosed CMS] developer. And... Dario fell in love with Quanta... instantly.

One month after, he had abandoned [same CMS as before!] as well, and decided to start using only Quanta for developing sites for his customers.

Dario had since then been a Quanta contributor, and he helped me a lot in refining the CMS (side note: he's the author of the amazing CSS Grid integration for qTags).

There is still a long way to go, and we are well determined to keep walking this way!

Thank you for taking your time to read my story, and see you soon in the Quanta Community Pages!

Aldo is on Linkedin: https://www.linkedin.com/in/aldotripiciano - get in touch today!